Do you suffer from low back pain, hip pain or shoulder pain?

Dr. Sandra Doman is a contributing author and consultant of golf biomechanics in the book:

Initially developed as a putting method to reduce the tremors of golfers with Parkinson’s disease, Eric Kaplan, The Man Who Cured The Yips, began his research on ‘The Four Secret Body Locks’ after his father was diagnosed with Parkinson’s.

‘The Four Secret Body Locks’ created the most anatomically stable putting stroke, one that is trusted by Major Championship Winners – and everyone else! 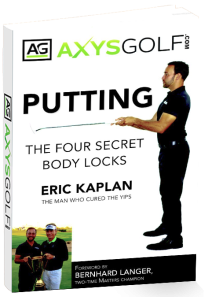